This week’s video is a collaboration with Antonisha La’Shay. I’ve subscribed to her channel for many years; her review and planning processes have greatly influenced mine, especially when it comes to her use of the Franklin Covey and Getting Things Done principles in her planners. She has just started a new community and YouTube channel – Well Defined Living – all about personal development for holistic living. She’s also just started the #redefineyouryear2020 challenge on June 1 – they’re talking about routines, defining priorities, goal setting, and all around positive self talk before taking a deep dive into the book ‘The Joy of Missing Out’ in July. Please make sure that you check out her community and watch her video to get her take on today’s topic – how to say goodbye to a goal.

This week, we’re looking at the goals that we’ve been working with over the last few videos. If you’ve missed those videos and want to get caught up, you can see the list of videos in the playlist or in the goal setting series here on my website.

We ended last video with a hot wash on the goals we’ve been working on (or not). Hopefully by now you have an idea of why they were or weren’t successful and have a better idea of whether you want to continue working on them or not. Sometimes really evaluating a goal gives it its spark back. Sometimes, nope, you realize that you’re done with it.

Why to say goodbye to a goal

So what are some of the reasons that you might be ready to say goodbye to a goal?

First, maybe you no longer feel it in your heart. Maybe it’s something you’re no longer willing to invest the time, energy and attention into. Or, visualizing the accomplishment of the goal doesn’t make you happy. Perhaps you’ve had a shift in your priorities or values. That happens sometimes. But sometimes you come to realize a goal is a ‘should’ or ‘ought’ – not a want. It’s something you think you should be doing or that you ought to do…but it’s not something that you actually want to do. There’s a bit of a fine line here, but a lot of it has to do with finding your why. We’ll definitely delve into this further in a future video

Second, maybe it’s scary, overwhelming, too big/unachievable, you’re afraid of failing, or it’s about a lack of confidence. This might be a good goal to look at fixing if it’s something you still want to do in your heart.

Finally, maybe you’ve realized it’s actually impossible to do given whatever your current reality is. That’s okay.

Can it be saved?

If you’re on the fence about letting a goal go, maybe there’s something you can salvage it.

Can you focus on a smaller part of it? Is there an intermediary step that you can identify to do this year that might be a stepping stone to completing that goal in the future?

Is it part of something bigger? Maybe there’s an overarching thing that you want to do, and this goal is just one way of getting there…maybe there’s another way to get to a similar or same result.

Could you put it on the someday list? The someday/maybe list is an idea from David Allen’s Getting Things Done. It’s a holding place for ideas whose time has not yet come, a place for things to not be forgotten in case you decide to work on them in the future.

Finally, consider what you’d tell a good friend – sometimes we give our friends good advice that we don’t seem to think of when it comes to ourselves. Would you tell your friend to move on? Or to keep trying? Sometimes this helps overcomes that lack of confidence or fear of failing. (And sometimes that fear comes from not being able to see the next step. Again – that’s a topic I’ll be covering soon.)

You are not what you do

In the end, though, the most important thing is to realize – while what you do matters, you are not what you do. The things you do, the ways you’re contributing – yes, those are important. But, your value lies in your existence. It isn’t in the goals you accomplish, or the awards you win, or the things you do and contribute to the world. So letting go of a goal doesn’t make you less of a person or less valuable. It just means that you’re recognizing what’s important to you and taking a step to own that.

Let me know in the comments if you have any goals that you’ve decided you’re letting go of, and if there are any that you’re going to try and salvage. If you need help with rewording, maybe we can help each other get a goal crafted that has that spark for you.

« When Goals Go Wrong: 10 Questions to Evaluate Your Goals
Why Set Goals, Anyway? » 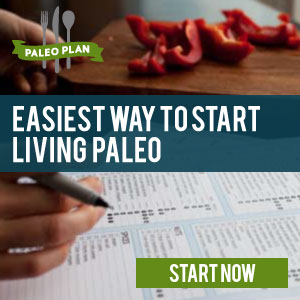 Trying to get my brain back into real life mode af

Continuing on with a walkthrough of my 2023 planne

New video is live now! See how I’ve set up my #h

Sunday reset for next week. Personal EDC and #hobo

Trialing a new setup for next week in my #hobonich